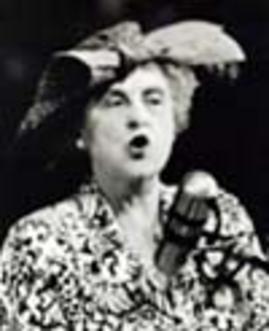 Frances P. Bingham, was a Republican politician from Ohio.

Born in Cleveland, Ohio, Bolton was the granddaughter of Henry B. Payne. Active in public health, nursing education and other social service education and philanthropic work, she succeeded her husband, Chester C. Bolton, in office a few months after his death in 1939.

She represented the 22nd District, once the most populous House district in Ohio, mostly consisting of Cleveland's eastern suburbs. Bolton served an additional fourteen terms, serving alongside her son, Oliver P. Bolton for three of those terms.