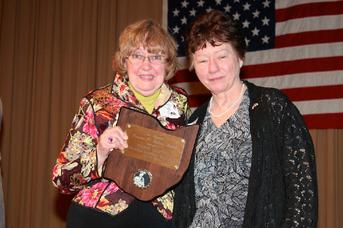 This award is in memory of the Honorable Frances Payne Bolton(1885-1977), the first woman elected to Congress from the State of Ohio, and our club's namesake since our establishment in 1975.   It will be awarded annually at the Lake County Lincoln Day Dinner.  The final criteria was adopted unanimously by the club members, as follows:

CRITERIA:  This award is presented annually to recognize and celebrate an outstanding woman who has impacted Lake County with an enduring spirit of volunteerism, who exemplifies service to the community through a commitment to family values, breaking barriers with their pioneering attitude, and an undying devotion to community and services to the public.